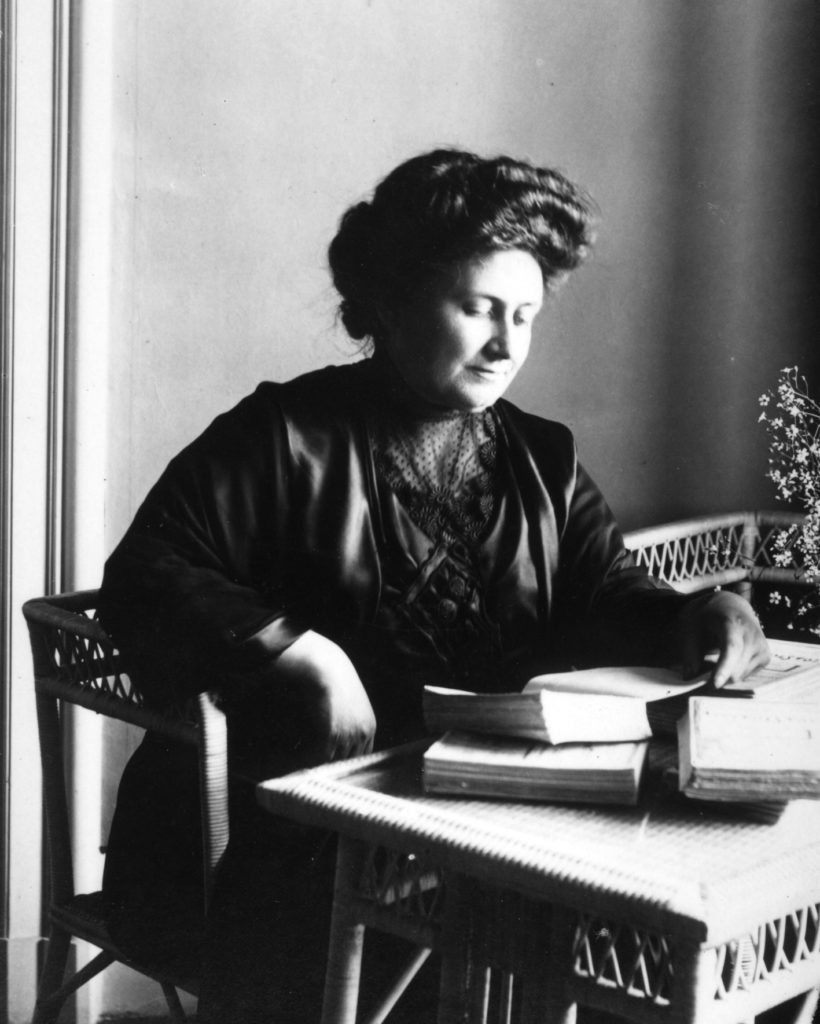 Know the person
and understand
the method.

It is up to speculation to say that we have Google, Amazon and Wikipedia because of Maria Montessori’s research 100 years ago. But we cannot deny the fact that the founders of these three companies  were all Montessori children at one point in their lives. The same goes for the princes William & Harry, Beyoncé, George Clooney, Jacky Kennedy and many more …

Bell & Edison, the inventors of the telephone and the light bulb, were great supporters of Maria Montessori’s work. They even founded several Montessori schools themselves.

Our world would definitely look different today if it hadn’t been for an intrepid woman over 100 years ago to translate her idea and her studies into a sustainable educational concept.

Maria Montessori (1870 – 1952) was an Italian physician and educator best known for the philosophy of the education that bears her name, as well as her writing on scientific pedagogy.

Her educational method is in use today in many public and private schools throughout the world. Maria Montessori was determined and unflinching against society’s conventions and set a milestone for education today.

She was the first woman to start a medical degree in Italy and to achieve a doctorate in medicine.

After her studies, she worked in the psychiatric department  in Rome as an assistant doctor. There she started her method of individual attention to the development of the whole child.

In a Montessori driven environment the children are the center of attention. As a result, children go through their day with enthusiasm and can satisfy their hunger for for learning and growing both intellectually and physically.

Through her work and research, Maria Montessori has been able to set milestones for modern education.

The goal of early childhood education should be to activate the child’s own natural desire to learn.

The Montessori Method fosters independence and freedom within boundaries. It respects a child’s natural emotional, physical, and social development providing a program especially suited to the needs of the individual child.

With materials that have been developed specifically for the Montessori Classroom, the method offers special attention to the holistic development of the child: emotionally, socially, intellectually and physically.

We will be happy to explain to you in a personal meeting how this works and how it will specifically benefit your child.

We use cookies on our website to give you the most relevant experience by remembering your preferences and repeat visits. By clicking “Accept”, you consent to the use of ALL the cookies.
Cookie settingsACCEPT
Manage consent

This website uses cookies to improve your experience while you navigate through the website. Out of these, the cookies that are categorized as necessary are stored on your browser as they are essential for the working of basic functionalities of the website. We also use third-party cookies that help us analyze and understand how you use this website. These cookies will be stored in your browser only with your consent. You also have the option to opt-out of these cookies. But opting out of some of these cookies may affect your browsing experience.
Necessary Always Enabled
Necessary cookies are absolutely essential for the website to function properly. These cookies ensure basic functionalities and security features of the website, anonymously.
Functional
Functional cookies help to perform certain functionalities like sharing the content of the website on social media platforms, collect feedbacks, and other third-party features.
Performance
Performance cookies are used to understand and analyze the key performance indexes of the website which helps in delivering a better user experience for the visitors.
Analytics
Analytical cookies are used to understand how visitors interact with the website. These cookies help provide information on metrics the number of visitors, bounce rate, traffic source, etc.
Advertisement
Advertisement cookies are used to provide visitors with relevant ads and marketing campaigns. These cookies track visitors across websites and collect information to provide customized ads.
Others
Other uncategorized cookies are those that are being analyzed and have not been classified into a category as yet.
SAVE & ACCEPT